Far Cry 3 is an open world first-person shooter set on an island unlike any other. A place where heavily armed warlords traffic in slaves. Where outsiders are hunted for ransom. And as you embark on a desperate quest to rescue your friends, you realize that the only way to escape this darkness… is to embrace it

Welcome to an 80’s vision of the future. The year is 2007 and you are Sargent Rex Colt, a Mark IV Cyber Commando. Your mission: get the girl, kill the baddies, and save the world.

You can skip downloading of bonus content (OST and guides), FC3 Map Editor and voicepacks you don’t need. Here is the list of selective/optional files:

In example, if you want to launch the game with Spanish UI/Subtitles/Voiceovers – skip all “selective” files, but download fg-selective-spanish.bin & all main files (01-06).

Today I present you another two examples of Russian cinema culture. The first one… I don’t like it much, too simple. But somehow a new story under this title is being released every year, so modern Russia likes it.

And the second animation is a pretty good short, based on Ukrainian folk stories. The voice of the wolf is… something. 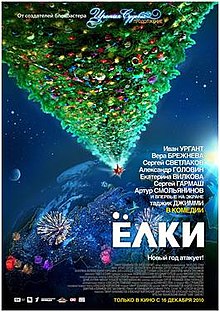 Yolki (Russian: Ёлки, meaning New Year Trees), also known as Six Degrees of Celebration, is a 2010 Russian comedy film directed by Timur Bekmambetov. As of 2017, six films have been made in the series. It is the most successful non-animated film franchise in Russia.

The films in the series represent a Russian tradition of the New Year’s Movie where films that take place during the holiday season tap into the vein of hope, optimism, and possibility associated with New Year’s in the Russian culture. 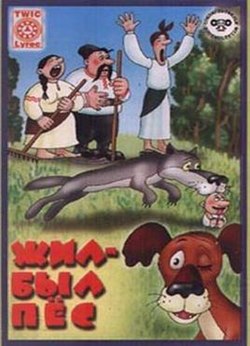 Dynamic seasons change everything at the world’s greatest automotive festival. Go it alone or team up with others to explore beautiful and historic Britain in a shared open world. Collect, modify and drive over 450 cars. Race, stunt, create and explore – choose your own path to become a Horizon Superstar.

You can skip downloading of either 1080p or 4K videos, multiplayer intro video and voicepacks you don’t need. Here is the list of selective/optional files. You MUST download at least one of speech packs

In example, if you want to launch the game with Spanish voiceovers and 1080p videos – skip all “selective” and “optional” files, but download fg-selective-spanish.bin, fg-selective-videos-1080p.bin & all main (01-17) files.

This repack is HEAVILY backwards compatible with my previous FH4 repack. You can rehash the following files and save up to 47.7 GB of traffic. Dive into a thrilling futuristic world where people implant brain chips into themselves to escape off to virtual worlds crafted by AI technology. Though, they may find that sending their mind into cyberspace can have terrible repercussions…

Freelance mercenary and simulacrum pilot Kou Kadokura’s life mission is to catch those responsible for Gray Christmas, the tragedy that destroyed his once peaceful life… So why can’t he remember anything? He awakens in the middle of a bloody virtual battlefield, riding inside a mechanical body with a whole host of questions on his mind. Who is this woman calling him Lieutenant? Who can he truly trust when he has so many gaps in his memory? As war looms in dystopian Suzushiro City, all eyes are on Kou, the man with the answers to the world’s questions locked up inside of him. He must thread the needle amidst the delicate political balance in order to survive, regain his lost memories, and avenge the lives of the loved ones he lost. The only question is, can he prevail when every major faction in the world is hellbent on stopping him? Unravel all the mysteries in this fast-paced mech action game that takes place in a lovingly-crafted, unique cyberpunk setting! Welcome to PixARK, a vast, wild world filled with vicious dinosaurs, magical creatures and endless adventure! To survive in this mysterious land, you must tame creatures both ferocious and cuddly, craft high tech and magical tools, and build your own base out of cubes.

With a robust character creator, an infinite number of voxel based maps and procedurally generated quests, your PixARK adventure will be completely unique. Team up with friends to form a tribe, or play on your own. Spend your time building a towering fortress or go on a quest in a sprawling cavern. Fly on the back of a dragon and smite your enemies with a magic wand, or ride a mighty T-Rex and blast your foes with a rocket launcher. In the world of PixARK, how you play is up to you – as long as you survive!

This repack is NOT backwards compatible with my previous PixARK repack. Game Description
Winner of more than 200 Game of the Year Awards, Skyrim Special Edition brings the epic fantasy to life in stunning detail. The Special Edition includes the critically acclaimed game and add-ons with all-new features like remastered art and effects, volumetric god rays, dynamic depth of field, screen-space reflections, and more. Skyrim Special Edition also brings the full power of mods to the PC and Xbox One. New quests, environments, characters, dialogue, armor, weapons and more – with Mods, there are no limits to what you can experience.

You can skip downloading of CC mods and language files you don’t need. Here is the list of selective files:

In example, if you want to launch the game with Spanish UI/Subtitles/Voiceovers – skip all “selective” and “optional” files, but download fg-selective-spanish.bin & all main files (01-09).

This repack is partially backwards compatible with my previos Skyrim SE repack. You can rehash the following files and save up to 12.9 GB of traffic. Offroad Racing offers a huge choice of all-terrain vehicles to get away from everyday life. Bomb along in a quad bike, buggy or motocross race and enjoy the change of scenery as you explore immersive offroad tracks.

– Dedicate your life to offroad racing in Season mode.
– Fulfil your destiny in Championship mode.
– Don’t have time? The Race-against -the-clock and Single race modes are for you.
– Not afraid of the heat? Try Hot Lap!

Stunning offroad tracks:
In Offroad Racing, one thing’s for sure, you’re in for a hectic ride. The tracks are bendy, full of surprises and perfect for performing mad stunts!
And as if that wasn’t enough, you also get stunningly beautiful views.

Crazy riders:
The riders you choose from are battle-hardened veterans. They live for offroad racing, speed and risks!

This weekend I’d like to share two of my old Soviet favs from mid-80s. As far as I can tell they are still popular in modern Russia. Surreal misadventures of a lazy drunkard with speech impediment trying to get a New Year tree on a short notice. Loosely based on folk fairy tales. A school boy finds a time machine and he helps Alisa, a scientist girl in the future, to save a mind-reading device from space pirates. Chased by the pirates and followed by Alisa he saves the device bringing it back to his own time.

PS: Absolutely not related to “Back to the Future” 🙂 Leave your compass behind and join Luffy as he embarks on a brand new action-packed adventure where you can experience the powers of the legendary Gum-Gum fruit to uncover hidden secrets on an original, never-before-seen island! Time to set sail!

Dynamic Gum-Gum Action. Take control of Monkey D. Luffy and explore the vast areas of this all-new island as you try to uncover its hidden secrets.

Experience an Original Story. The Straw Hat Pirates arrive on a mysterious island known only as “Prison Island” and they’re soon caught up in a dramatic story full of twists and turns. Includes original characters designed by Eiichiro Oda himself!

Fierce Battles Between Popular Characters. Face off against some of Luffy’s well-known enemies from the ONE PIECE series. Use his Gum-Gum Fruit powers and powerful Haki abilities to take them down!

This repack is NOT backwards compatible with my previous OPWS repack.

#874 Updated Batman: The Enemy Within – The Telltale Series Shadows Edition Both Shadows Edition games use the same save folder, what may cause the game re-download episodes even they are already there. If you have this issue, remove the save folder to fix it: C:\users\Your Username\Documents\Telltale Games\Batman The Telltale Series

In this latest chapter from the award-winning studio behind Batman – The Telltale Series, both Bruce Wayne and Batman will be forced into precarious new roles. The Riddler has returned to terrorize Gotham City, but his gruesome puzzles merely foreshadow an even greater crisis. With the arrival of a ruthless federal agent and the return of a still nascent Joker, Batman must navigate uneasy alliances while Bruce Wayne undertakes a perilous series of deceptions. Which of Batman’s new allies will you choose to trust? And how deep into the darkness will you let Bruce descend?

Includes access to all five episodes (available now!) in this all-new season from the award-winning studio, Telltale Games.