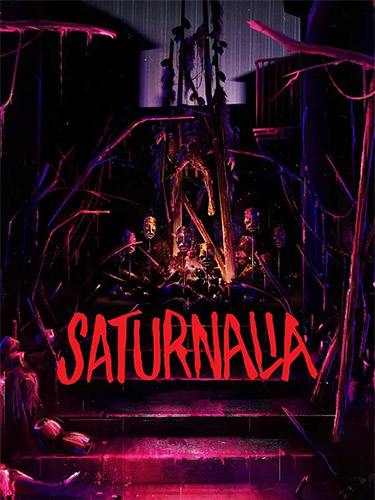 Game Description
A third person multi-character roguelite horror adventure:
A game inspired and heavily influenced by the folklore of Sardinia, Italy (a region rich with unique traditions and culture) where you play as four characters, experiencing a deeply connected storyline that ties back to the haunting traditions of an ancient village.

The village itself is an elaborate maze with no two iterations being precisely the same – you will have to explore and solve the mysteries of the game largely unguided.

Your Weapon? A Box of Matches…
Die, and watch the village reconfigure itself into a new form. Solve puzzles and open shortcuts to new areas with tools and items you find along the way, unlocking every piece of the story with different characters, each with its own power and suited for another aspect of exploration and investigation.

With a limited supply of matches to light your way and darkness encroaching, can you find your way through the fog to reveal the truth? Or will you be engulfed by the secrets this town doesn’t want you to know? 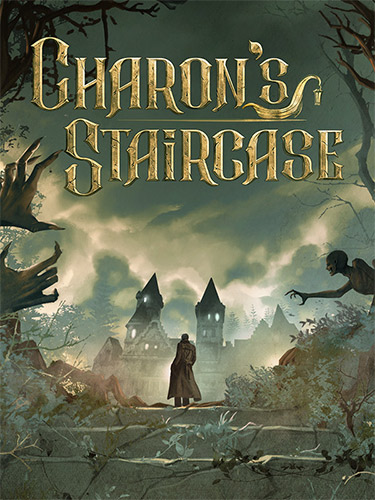 Game Description
In the 1970s, a totalitarian regime known as The Ministry ruled with an iron fist. They committed numerous inhumane and sinister acts during their reign, but those days are over, as they now aspire to join the European Union.

You play as an agent codenamed: ‘Desmond’, sent by The Ministry who is tasked with retrieving and destroying classified documents from the Oack Grove estate, that reveal the horrifying activities that happened in the past. Your journey, however, leads you to an unpleasant and gruesome discovery – Project Alpha. 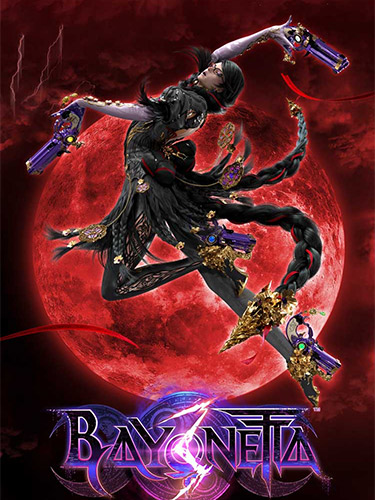 Get ready for a devilishly good time:
Tap into Bayonetta’s naughtier side with Demon Masquerade, a new ability that channels the demon linked to her weapon allowing for some exciting action options, not to mention some hair-raising combos. She can also summon her demonic darlings like Gomorrah, Malphas, and Phantasmaraneae during battle, unleashing their demonic powers in the heat of combat and in new, larger-than-life battles where you directly control the action.

A bounty of Bayonettas:
Fight your way through the streets of Tokyo, the mountains of China, and many other locales! Along the way you’ll meet a virtual coven of Bayonettas, each more fabulous than the last. You’ll also slash and slay as Viola, a feisty witch in training who fights with a sword and a capricious companion, the demon Cheshire. Find out what fate awaits Bayonetta, and if this arcane alliance can really save reality!

A few known issues remain with v1.1.333.0 (updates in the future will fix most if not all those bugs): 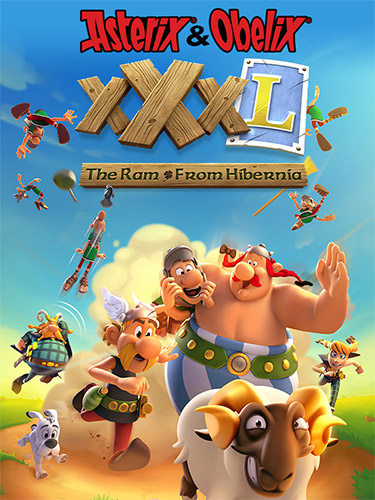 Game Description
In Hibernia, nothing goes to waste, but we throw it all away… Especially Romans.

The year is 50 B.C. Gaul is entirely occupied by the Romans. Well, not entirely. One small village of indomitable Gauls still holds out against the invaders…

Meanwhile, in Hibernia (today known as Ireland) Keratine, cheif Irishcoffix’s daughter, is calling Asterix and Obelix to the rescue as they need help to overcome the Roman invasion and bring back her father’s beloved golden ram. For this mission,you’ll control your favorite heroes and use your fists and any surrounding objects to make your way while throwing Romans in the air! 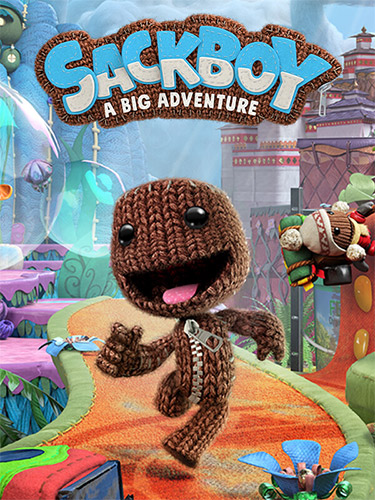 Game Description
Go solo in an epic race against time stuffed with danger and peril – or create teams of two to four adventurers for fun-packed party play as you work together to overcome nefarious tasks however you can imagine. Can you save Craftworld from the dastardly Vex and his nightmarish Topsy Turver device… and become the Knitted Knight of legend?

Craftworld’s top technicians have come up with a host of impressive graphical and performance-based gaming features so you can get the most fun possible out of this incredible adventure on your PC.

The story so far:
The dastardly Vex (a near-mythical being born of chaos and fear, no less) has kidnapped Sackboy’s friends and forced them to build his Topsy Turver.

This most terrifyingly twisted device will transform Craftworld from a fantastical land of pure imagination and innocent dreams… into a torrid, barren eyesore of nightmares.

But legend tells of a prophecy from deep within the ancient order of the Knitted Knights, Craftworld’s legendary protectors.

For only the brave, fearless, chivalrous and, yes, gallant can save the day in an almost too dramatic for words race against time stuffed with danger and peril.

Set off alone or with your bravest friends on a whirlwind of capers across the snowiest mountains, the leafiest jungles, the wettest underwater realms and the, uh, spaciest of space colonies.

From woolly wonderkid and hessian hero… rise our Knitted Knight.

How to play Online/LAN Co-op

To play without Steam online on LAN, copy files from “NoDVD\LAN Fix” to the game root and create/join games locally 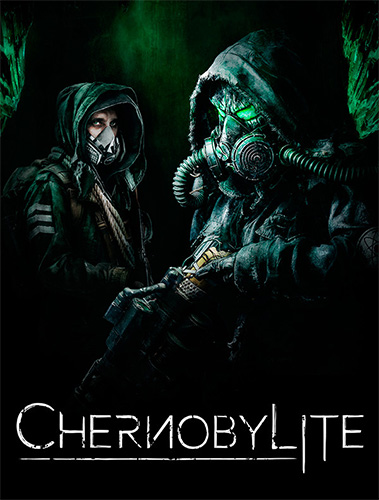 Game Description
Chernobylite is a Science Fiction Survival Horror RPG from developers Farm 51. Set in the hyper-realistic, 3D scanned wasteland of Chernobyl’s exclusion zone, you’ll take on the role of Igor, a physicist and ex-employee of the Chernobyl Power Plant, returning to Pripyat to investigate the mysterious disappearance of his fiancée, 30 years prior. Compete with the hostile military presence, other stalkers and supernatural creatures, as well as the harsh and unforgiving environment in your search to uncover the truth.

Get ready for a thrilling adventure of survival, conspiracy, horror, love, and obsession.

Can you survive your fears?

Base Building & Crafting
Construct a base from which to plan your daily operations and excursions. Utilise workstations to craft gadgets, create traps and weapons or modify existing equipment to your needs.

Stealth, Survival & Combat
Survival in the Zone is not easy, and each day brings fresh challenges as comrades die and supplies diminish. Avoid detection with stealth takedowns or engage in open armed. Danger lurks in every corner.

Resource & Team Management
Companions are key to your survival and the resolution of your journey. Each day requires the careful planning and assignment of resources and tasks to your comrades.

Non-Linear Storytelling & Strategy
No playthrough is the same. Like your choices, the story is in your hands. Choose wisely whether to trust your comrades or not, use resources for survival or research, and confront conflicts or evade them. The future is up to you.

This repack IS slightly backwards compatible with my previous Chernobylite repack. You can rehash fg-03.bin, fg-optional-bonus-content.bin & fg-optional-trailers.bin to save up to 1.8 GB of traffic. 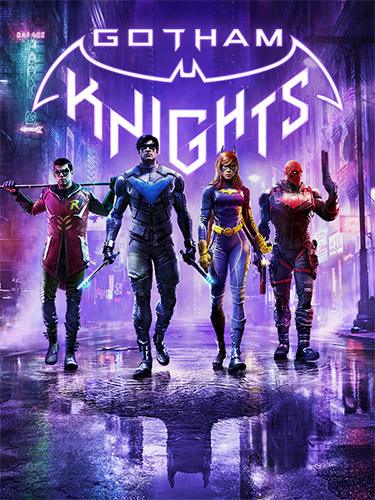 Game Description
Batman is dead. A new expansive, criminal underworld has swept the streets of Gotham City. It is now up to the Batman Family – Batgirl, Nightwing, Red Hood, and Robin – to protect Gotham, bring hope to its citizens, discipline to its cops, and fear to its criminals.

From solving mysteries that connect the darkest chapters in the city’s history to defeating notorious villains in epic confrontations.

Gotham Knights is an open-world, action RPG set in the most dynamic and interactive Gotham City yet. Patrol Gotham’s five distinct boroughs in solo or in co-op and drop in on criminal activity wherever you find it.

Your legacy begins now. Step into the Knight. 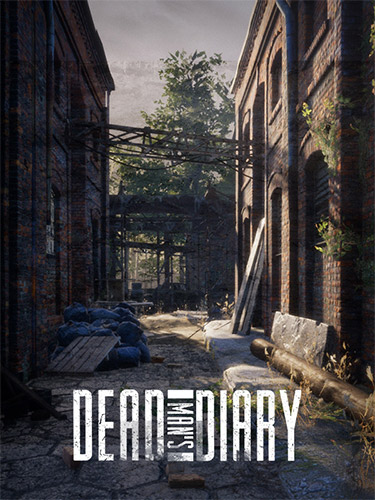 Game Description
You’re on your own in a world full of danger! You can drink only if you discover water, survive the night only if you have a safe place to sleep – eat only what you have found or hunted. Explore a destroyed world and experience a dark story.

Dead Man’s Diary is a unique blend of elements from several genres. The gameplay adopts typical survival game mechanics such as crafting items or exploring a hostile world along with the need to find places to sleep or food. And enriches it with a gripping story and realistic puzzles. 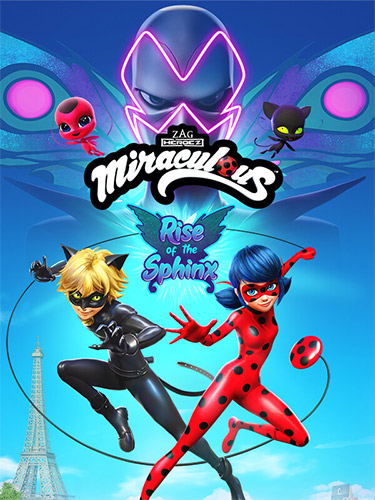 Paris needs a hero! Once again, the city of lights is in trouble as it faces a new menace—the most threatening sentimonster ever created is about to take control! As you take on the personas of the globally renowned superheroez Ladybug and Cat Noir, you’ll need to unveil the diabolical plan hatched by archvillain Hawk Moth—and squash it! Immerse yourself into the magical world of Miraculous and level up your superpowers as you embark on your biggest journey yet!

Take control of Ladybug and Cat Noir, jump and collect macaroons and other collectibles as you platform through the Paris rooftops, battle evilized bad guys and take on bosses as you uncover the sinister plot of the archvillain Hawk Moth. 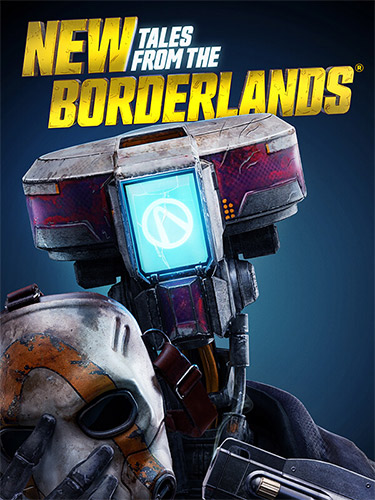 Game Description
Within the perpetually war-torn metropolis of Promethea, you’ll control Anu, Octavio, and Fran on the worst day of their lives. Help these three lovable losers as they endeavor to change the world (and maybe even save it)!

It’s time to fight back against exploitation and corporate greed. It’s time to make Mayhem your business.