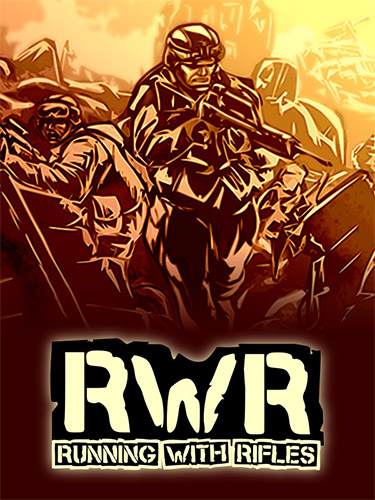 RUNNING WITH RIFLES is a top-down tactical shooter with open-world RPG elements.

In RWR, you join the ranks of an army as a common soldier, just like the thousands around you.

The open world approach lets you define your own path and story in the campaign. Push back the enemy with your comrades or go deep behind enemy lines to sabotage their efforts and loot valuable items.

As you gain experience, you are promoted with higher command over soldiers and equipment. Call in artillery fire missions or paratrooper reinforcements when the situation gets tight! Use your squad to man armed boats, tanks and APC’s, or, become the expert lone wolf you always aspired to be – it’s up to you!

RUNNING WITH RIFLES – Veteran Pack DLC:
Elevate your RWR experience up a notch and become the true veteran among others with this brand new Veteran Pack.

Extend your stash with additional space to reserve stuff like never before. Perfect for collectors and traders. Also works straight with mods!

Use this skinpack and camouflaged vehicles to stand out, and just have fun with the new dancing and posing animations.

The Veteran Pack works both in multiplayer and singleplayer games and can be toggled on/off at the armory and stash!