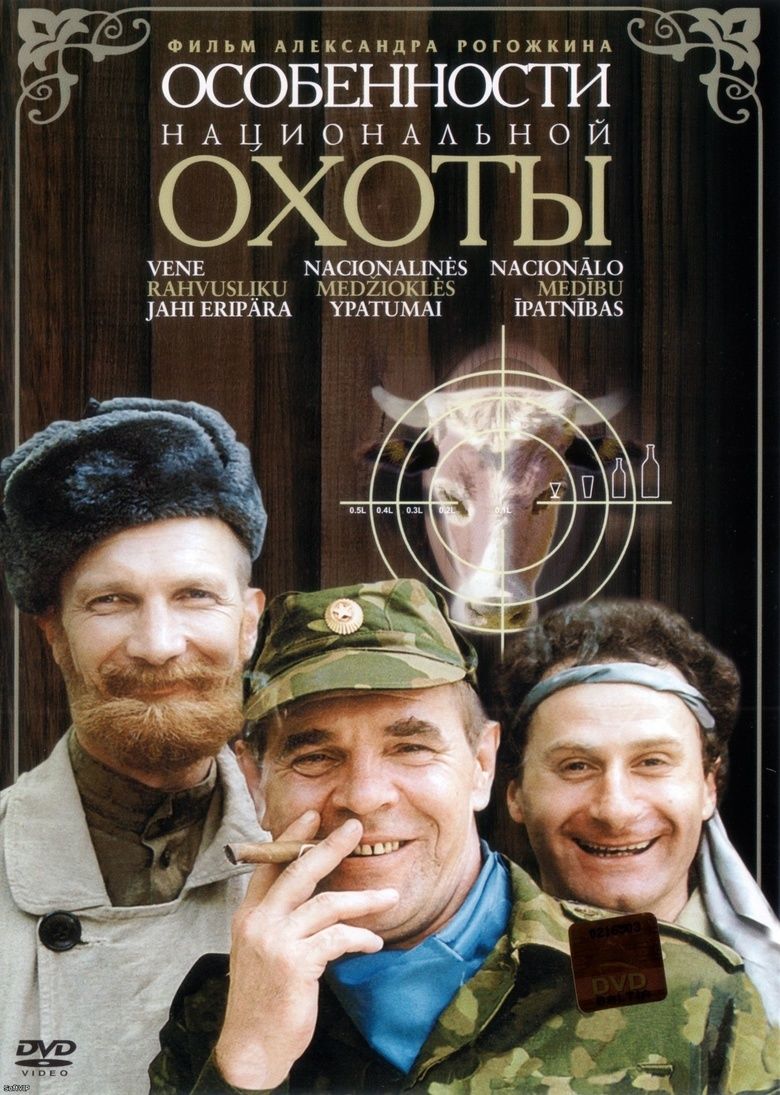 A Finn preparing a work on the Russian hunting traditions and customs, comes to Russia to collect materials and is invited to take part in a hunting party. His flamboyant companions include an Army general, with more than a passing resemblance to Aleksander Lebed, a police detective, local forest ranger (a devotee of Zen Buddhism) and some big-city types from St. Petersburg. Inevitably, their good intentions soon give way to endless drinking, visits to local farm girls and much else besides.

A family lives in a house that teeters precariously on the very tip of a mountain. The balance of the house is affected not only by the family that lives inside, but also their cow, dog, …