Another week – another Russian movies to see.

Russian folk tale. Fox wanted to eat a little girl named Zhiharka. However, to eat the naughty girl is absolutely impossible. In addition, the fox got a lot of trouble. 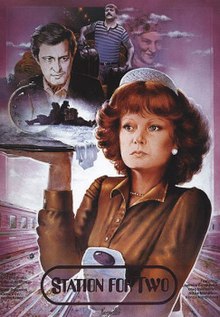 There are three main heroes in this movie: Vera, a waitress; Platon, a pianist; and … a train station where these two people met. The differences in the heroes’ characters and professions, the plight that Platon found himself in (he is to be arrested and undergo trial) trigger a host of both amusing and sad situations which serve as a backdrop for their unfolding love…

The film became the Soviet box office leader of 1983 with a total of 35.8 million ticket sales. It was entered into the 1983 Cannes Film Festival.