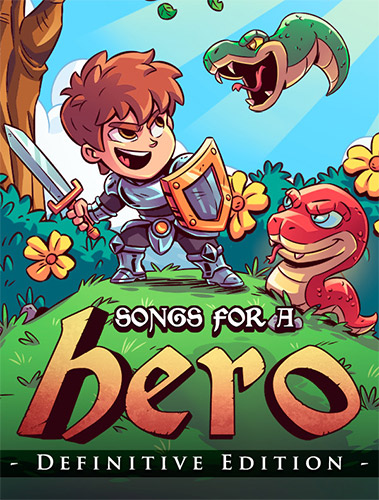 PS: Pretty funny game, but I’m not sure if constant hero’s singing won’t turn you into a serial killer in an hour 🙂

Songs for a Hero: A Lenda do Herói Is an OLD-SCHOOL SUNG-THROUGH VIDEOGAME STRAVAGANZA! Join an unlikely hero as he sings his way through a strange world full of floating platforms, bright and colorful enemies, and many other inexplicable phenomena in an adventure unlike anything you have ever heard! This humorous old-school platformer features a fully dynamic soundtrack that reacts to your every input, meaning that the hero will always sing and crack jokes about whatever is happening to him, whenever it happens.