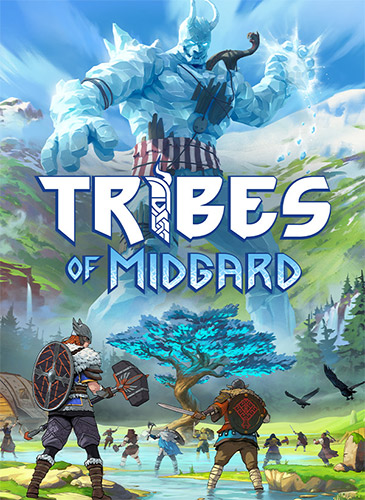 Tribes of Midgard is a single-player/co-op game with a unique blend of action, survival, and roguelite elements. Players must defend their village from hordes of invaders—deadly spirits and gigantic brutes—that every night threaten to destroy the Seed of Yggdrasil, the sacred tree you’re sworn to protect. Only by protecting the Seed, you and your tribe can stop Ragnarök—the end of the world!

Venture with your tribe into the untamed wilds of Midgard to gather precious resources, hunt mythical beasts, defeat mighty foes, topple giants, and claim treasures. The further from the village you explore, the greater the challenge and greater the rewards—which you’ll need to stand against the ever-strengthening minions of the apocalypse. But you must return before the sun sets so you can bolster your defenses, craft powerful equipment, and fend off the nightly assaults.