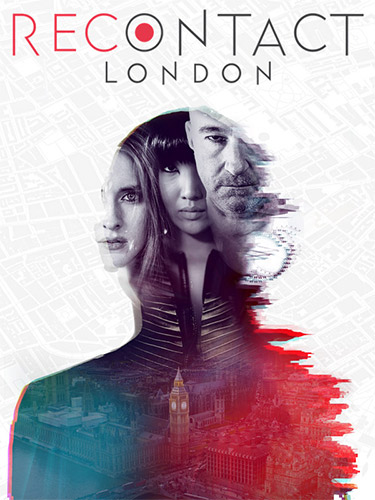 Ghosts are among us!
Use the cameras to find the ghosts that haunt the streets and save the people of London living in fear.

All of London at your fingertips…
Dominate the map of London with satellite imagery and complete a variety of over 100 puzzles located throughout the city.

Be the best!
Compete with other players and prove that you are the best cyber detective worldwide.

A cinematic detective story with a strong cast…
A unique experience starring Ross Mullan, known for Game of Thrones, with music by the philharmonic orchestra from Moscow.

SOLVE THE MYSTERY OF THE GHOSTS ON LONDON’S SECURITY CAMERAS.
Recontact London is unlike any other game. It has a never-ending storyline that is constantly updated and progresses with 5 totally different types of puzzles in which you find suspects using security cameras and satellite images and inspect crime scenes in reality!

One day a call comes in to the police station and at midnight you learn that a ghost has been caught by a security camera at a bank in London. The news is on every channel across the country and the task falls to you to solve the mystery. You discover how serious the and profound the investigation actually is as you track the ghost through London’s streets using security camera footage. No more spoilers, though, it’s up to you to discover the rest from now on!

A cinematic detective story with a strong cast
As the lead, you’ll come across other characters as the story progresses, such as world-famous TV and film actor Ross Mullan. Are you ready to discover his secrets on the streets of London?

Compete against other players around the world on the Recontact Leaderboard and show them who the best cyber-detective is!