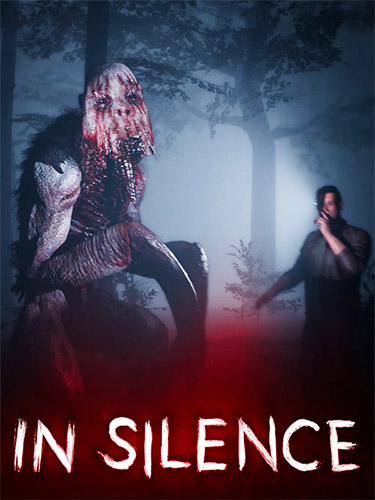 Game Description
A New Experience
In Silence is being developed in order to provide a different online horror experience. You can hunt survivors as Rake by using your hypersensitive senses or play as a survivor yourself, use proximity voice chat and work together with other survivors to either escape Rake, or fight back.

A Blind Monster… Rake!
Rake’s vision depends on sound. The less sound there is, the less Rake’s able to see. Rake can hear the slightest bit of noise over huge distances and run at an incredible speed. With traits like these, It’s not hard to guess what Rake could do in the right hands.

Shh… Be Quiet!
You may be a heartbeat away from being face to face with a monster because of a step you took, a toy you stepped on, or a vase you broke… But was it your plan all along? You could use noise that objects like a TV or a Radio make in order to distract Rake and escape the area, or maybe to set up a trap instead….

Escape or Hunt!
As a Survivor, you have two choices. Either try to escape by repairing a car and leaving with it, or open a secret armory and hunt the monster down.

here Am I?
Every match you’ll play is going to be different. Your perks, escape points, roles and the item placement will all be randomized. You will always feel uneasy because there’s no way to predict how the game will go.