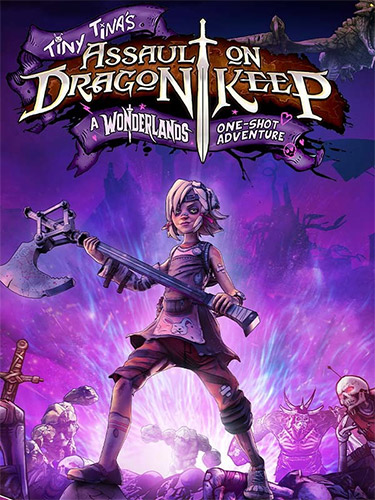 Smash skeletons, defeat dragons, and battle giant golems in Tiny Tina’s Assault on Dragon Keep: A Wonderlands One-Shot Adventure. Experience the acclaimed 2013 quest that started it all in this standalone campaign jam-packed with fantasy, fun, and mountains of magical loot!

The Queen’s been captured and her kingdom is in peril; only you and your friends have any chance of restoring peace to this eccentric, enchanted land. Blast your way through treacherous forests, spooky crypts, and fearsome fortresses, but beware—your journey can change in an instant on account of Tina’s gleefully chaotic whims. Dive into this epic tabletop romp and get ready for the fantasy fight of your life!