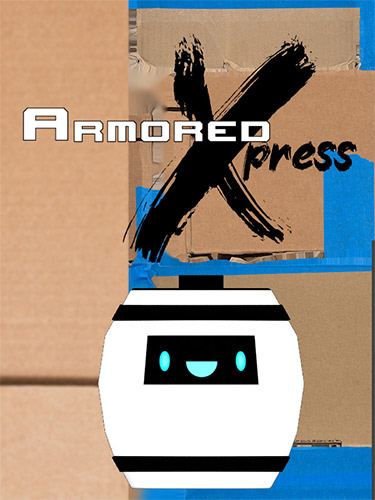 Embark on an extraordinary journey with Armored Xpress Agent 117 and MECH as they set off to deliver a top priority package all while fighting dangerous pirate gangs hired by the villainous “Defiant BOB”, who by the way has put a bounty on the package. To traverse through Sector 2 a region on the planet Entriga, the Armored Xpress Company felt it necessary to implement a more protective measure. “MECH” an advanced military grade delivery robot which can be equipped with an array of weapons and items allowing agents to defend against hostile threats. While delivering packages you can choose to help the towns people through various side quests which can unlock special rewards.

In combat Armored Xpress MECH uses energy from supply crates that are matched during play to power its weapons and systems. Weapons are available to fire at specific power levels with a maximum of 4 levels. You can strategically fire each weapon at will or wait until they are at their maximum level. This strategy allows you to reserve a weapon or unleash all the weapons at once for a truly devastating attack. Each supply crate matched with its corresponding color in groups of 3 fills the matching weapons power gauge. Supply crates matched with more then 3 of the same color generates a special care package crate. When broken these crates drastically boosts the corresponding weapons power gauge. Items and other abilities are powered by MECH’s ability gauge/ABG system which fills over time. Sequential matches in a turn generates a combo which fills the ABG faster allowing you to use abilities sooner.