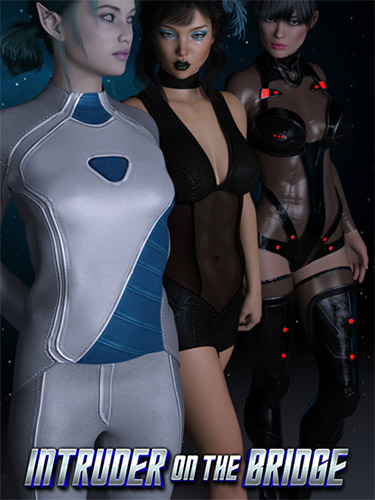 Intruder on the Bridge tells the story of Captain Dyce, a Galactic Union officer in command of the largest spaceship ever built: the Ventura. He will have to face a mysterious conspiracy that caused his brother’s death. Unfortunately, all leaders of the Union seems to be involved in the conspiracy. Intruder on the Bridge is an adult visual novel that boasts to have six hours of content, with 3000 images and 30+ minutes of full HD videos. In addition to that, you will find some funny mini games (i. e. Shoot’em up and simple FPS). Players will interact with dozen characters, everyone with their own behaviour and background. Player’s choices will change the developing of the story, as a warranty of many hours of fun. Are you ready to command the Ventura? And to flirt and seduce your hottest officers with your charm? If so… Don’t miss Intruder on the Bridge!