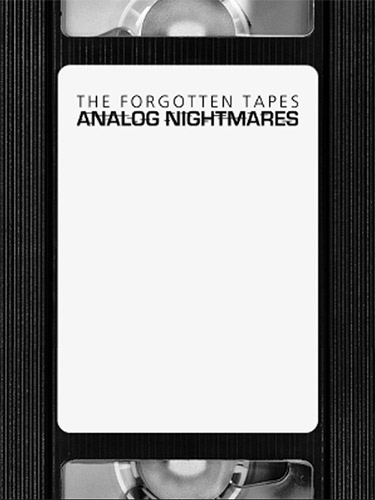 Game Description
The Forgotten Tapes: Analog Nightmares is a collection of 9 games from various developers all focusing on a central theme. The game allows the player to choose from a series of VHS tapes & play a story based on said theme. Forgotten Tapes is the first collection in a new series from up & coming developers, from a community of multi-talented individuals with varying degrees of experience.

Forgotten Tapes: Analog Nightmares will spook, scare & make you question what you just saw out of the corner of your eye.

The theme for this collection is Analog Horror. We understand that Analog Horror can be many things. A Radio, a TV, or even a Camera. But we have 9 carefully curated stories to tell that you may not have seen before, with some surprising twists along the way. Analog Horror has been a staple in the Horror genre for many years, & now we want to bring our stories to life. So grab your floppy disks, load up & get ready for an exciting trip down Analog lane!