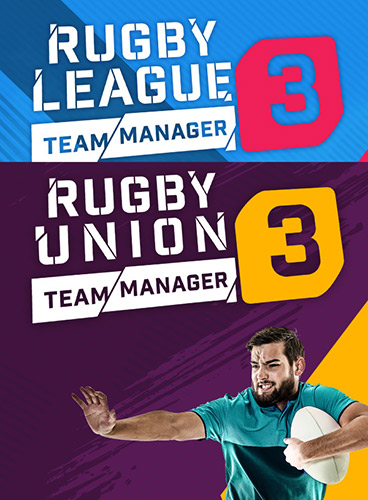 The third instalment of “The Number 1 Rugby League Management Game”.

The biggest leagues and competitions. Rugby League Team Manager 3 gives you full control of managing your own Rugby League club.

Navigate your way through domestic campaigns and international competitions, within numerous leagues, in both the Northern and Southern hemispheres, with over 7000 senior players to choose from!

The third instalment of “The Number 1 Rugby Union Management Game”.

Navigate your way through the biggest tournaments in Rugby, in both the Northern and Southern hemispheres, with over 10000 senior players to choose from!

The British & Irish Cats Tour to South Africa has now been added to RUTM3 as a DLC.